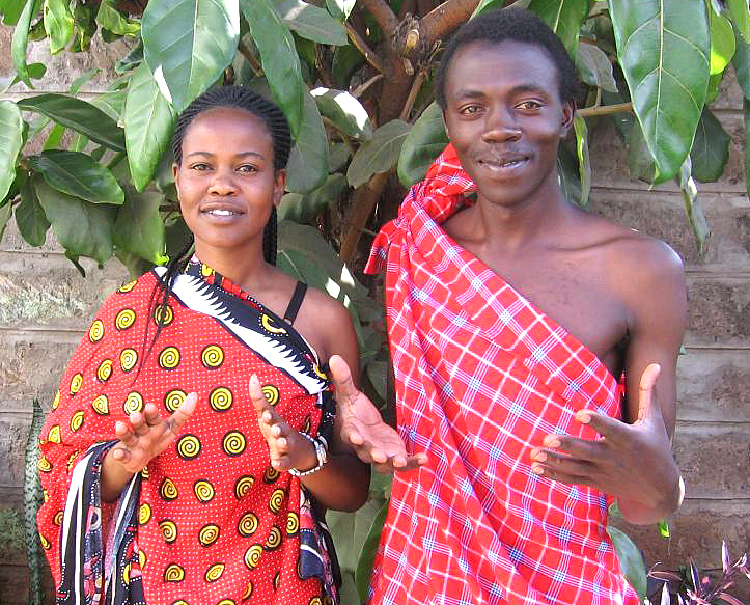 Kenya –  The Uzima Foundation is a catalytic youth-serving organization focused on youth empowerment that stimulates young men and women to define, plan for and act to experience improved quality of life. Their mission is to create social space and promote an enabling environment for Youth Empowerment that facilitates access to decision-making opportunities for young women and men, for holistic improvement of the quality of their lives and their communities. UZIMA operates over 100 UZIMA youth groups with 20,000 members. These groups are located in three of the eight provinces of Kenya, namely Nairobi, Nyanza and Western Provinces. The work of UZIMA is supported locally by members of their Board, Trustees and Friends of UZIMA; they have also received funds from the Ford Foundation, The Rockefeller Foundation, UNFPA, USAID, World Bank, IFC through their Grassroots Business Initiative, and GPA.

Uzima is the Kiswahili word for wholeness of Life, life in its fullness, the abundant life. This is the life that UZIMA wants to see among the youths of Africa. This explains UZIMA’s holistic approach to youth development. Programs include but not limited to Reproductive Health, Economic Empowerment, Peace, Justice and Leadership as well as Environmental Care

Report from the Malesi Kinaro, Executive Director of UZIMA: Jared is an AVP facilitator in Kisii and coordinator of the Uzima Foundation: “Jared is walking in the air. He just finished chairing a meeting that brought together District Commissioners, Members of Parliament, and elders from Kispsigis and Kisii. He says it went so well he doesn’t think fighting will continue. We have been working to see this day when we make the first step. AGLI, through FPCD (Friends for Peace and Community Development), AGLI’s partner in western Kenyan, gave 108,000/- ($1550) for this and Uzima gave 40,000/- ($575). The journey is still long and much money needed.”

Report from Miriam Were, Co-Founder of UZIMA and GPA Advisory Council Member: It brought tears to my eyes when on rertun Malesi and Fred shared some of the brave acts our UZIMA Youth carried out.  In one case, they were threatened of being hurt themselves because they were talking to both sides.  But they managed to get the two fighting sides together to “talk together” and so for people to know that when they move from one group to the other, it is not passing gossip but finding bridges.  AND IT WORKED!

View highlights from UZIMA’s report on their response to the crisis in Kenya on their website or click here to view the report in pdf.