Anne C. Petersen has significant experience in organized philanthropy; with four years as Associate Director of the Health Program at the John D. and Catherine T. MacArthur Foundation; nearly a decade at the WK Kellogg Foundation as Senior VP Programs with responsibility for all programs in the US, Latin America, and southern Africa; and decades of experience as a consultant or advisor to US and non-US foundations.  She was also a university researcher for 25 years, an academic administrator for 14 years, and spent 3 years a President-appointed, Senate-confirmed federal agency executive.

Robert L. Judd retired from Whirlpool Corporation after over thirty two years in the Law Department with experience in a variety of legal areas, served as Corporate Secretary of a subsidiary, Group Counsel for Whirlpool Europe for three years and has experience in domestic and international transactions.  Judd has volunteered with non-profit organizations and has assisted with corporate and tax exempt matters.   Judd served as a member of the St. Joseph Public Schools Board of Education for over twelve years, eight as president, and as a member of  the St. Joseph City Commission for sixteen years, six as the Mayor.

After earning his MBA degree in finance, John C. Goff worked for 24 years in the finance departments of three Fortune 500 multinational corporations, based in New York City and Michigan, with experience in all aspects of financial management. Now retired, Goff serves as volunteer treasurer of two other nonprofit organizations as well as owner-manager of a dairy farming business and as investment manager for his church.  He has over 30 years experience as a private investor.

Karen Stone is a thirty-five year veteran in philanthropic fundraising.  She is retired as the Director of Development for the American Jewish Committee in Los Angeles and has served in senior fundraising leadership positions for a number of prestigious institutions and organizations: University of Chicago, University of New Mexico, UCLA, Scripps Mercy Hospital and the Prostate Cancer Foundation.  During her 14 years at UCLA, she co-founded UCLA’s pioneering and very successful Women and Philanthropy Program, and continues her keen interest in encouraging and promoting women in their philanthropic giving.  Stone holds a Bachelor’s degree from the University of Chicago and an MBA from the Graziadio School of Business and Management at Pepperdine University.

Collins O. Airhihenbuwa PhD, MPH, is Professor and Dean of the College for Public Health and Social Justice, Saint Louis University, Saint Louis, Missouri. He is a global expert on health behavior with a track record on the central role of culture in health behaviors. He has led research collaborations, institutional partnerships, and mentoring of faculty and professional staff at various institutions globally. As the author of PEN-3 model his work has informed ways of addressing the intersection of culture, identity, and health globally. He is a consultant to several UN agencies including WHO, UNAIDS, UNESCO, UNICEF, UNFPA. He led one of the earlier WHO efforts to galvanize multi-disciplinary efforts to address HIV and AIDS in Africa. He is the lead author of the Communications Framework for HIV and AIDS (the UNAIDS Communications Framework for HIV/AIDS: A New Direction, 2000); sponsored by the Joint United Nations Program on HIV/AIDS (UNAIDS) involving 103 researchers and practitioners from 5 continents with the final report translated into French, Spanish and KiSwahili. He has authored over 120 articles, book chapters, and books. Books include Health and Culture: Beyond the Western Paradigm (1995); Healing Our Differences: the Crisis of Global Health and the Politics of Identity (2007); and Ethnicity: Theories, International Perspectives and Challenges (2013) co-editor (with Agyemang and de-Graft). He chairs the Advisory Board of the Global Philanthropy Alliance which funds projects in South Africa, Kenya and Nigeria. He has been a member of the Board of Scientific Counselors of Centers for Disease Control and Prevention. He is a former President and Distinguished Fellow of the Society for Public Health Education. He is a fellow of the American Academy of Health Behavior and the Academy of Behavioral Medicine Research. Until December 2015, he was Professor and Head, Department of Biobehavioral Health, The Pennsylvania State University and Director of the Pan University Network for Global Health.

Michael Adewumi is the Executive Vice President for Academic Affairs and Provost at the Institute for International Education of Students (IES Abroad). In this role, he provides leadership and oversight for all academic affairs at IES Abroad. IES Abroad is an independent, not-for-profit educational institution with undergraduate university-level study abroad programs in Africa, Asia Pacific, Europe, Latin America and United States.

Prior to joining IES on January 2nd, 2019, Michael served for more than 11 years as the Vice Provost for Global Programs and the Senior International Officer (SIO) at The Pennsylvania State University (Penn State). He was also Professor of Petroleum and Natural Gas Engineering at the same institution for more than three decades.  As Vice Provost for Global Programs, Michael Adewumi provided leadership and oversight for all Penn State’s international engagements, ranging from hosting about ten thousand international students from about 140 countries, sending thousands of Penn State students to more than 200 study-abroad programs overseas and building strategic partnerships with select institutions around the world.

Prior to that, Professor Adewumi was the Director of AESEDA – The Alliance for Education, Science, Engineering and Development in Africa (AESEDA), a major international multidisciplinary partnership among Penn State University, a select group of African Universities, select Historically Black Colleges and Universities (HBCUs) in the US and public and private-sector organizations.  The mission of AESEDA is to develop and foster interdisciplinary framework for integrating research, education and outreach aimed at harnessing georesources for sustainable livelihoods in Africa.

Professor Michael Adewumi is an internationally known expert in the areas of natural gas engineering, phase behavior and multiphase fluid dynamics and has published widely in these areas, authoring and/or co-authoring more than 100 technical articles. Under his supervision, more than 40 PhD and MS candidates completed their degrees at Penn State.  He also supervised 10 post-doctoral research associates.  In addition, he taught short courses for multinational oil companies around the world.

In 2008, Michael Adewumi was elected Fellow of the Nigerian Academy of Engineering.

Adewumi holds a BSc (1st Class Honors) degree in Petroleum Engineering from the University of Ibadan in Nigeria, MS and PhD degrees in Gas Engineering from Illinois Institute of Technology in Chicago. 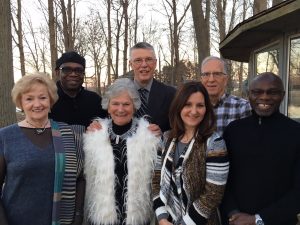 Jamie Passon Brooks, Executive Director
Jamie is an experienced attorney and nonprofit manager with extensive experience in agency management and advocacy.  She has held positions with the Robert E. Weiss Advocacy Center for Children and Youth and the Court Appointed Special Advocate Program in Genesee and Berrien County, Michigan.  She has practiced corporate, banking and real estate law as well as acting as a regular contributor for the Institute for Continuing Legal Education and frequent lecturer.   Jamie is a graduate of The University of Michigan and The Detroit College of Law at Michigan State University. 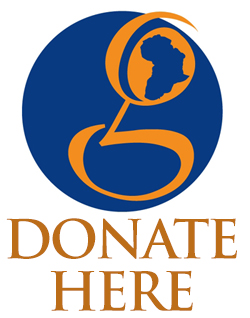 To date Global Philanthropy Alliance has made 73 grants totaling over $433,000 providing opportunity to thousands of youth in Kenya, South Africa and Nigeria. Read more about our grantees.